Dirty Green Trainers started when a friend who organised triathlons couldn't find a sports photography company who offered something other than the usual basic and rather functional imagery. Ross told me about the initial brief for the job, "He wanted something with a bit of character, images that had a unique twist while still being high quality." Often event organisers are only interested in providing images to the competitors, however, in a world dominated by social media photography is becoming increasingly more important. "The organiser wanted to use the shots for marketing as well and through producing that style of imagery I've built up good relationships with top-end magazines such as 220 Tri and Triathlete Europe."

Going from shooting weddings and portraits to shooting triathlons seems like a serious change of pace, however, Ross isn't quite so sure. "You only get one chance at triathlons just like you only have one chance at weddings. Wedding photographers can make really good sports photographers because they already have that one-chance mentality built in whereas a portrait photographer who mostly works in a studio might struggle because they can always take the shot again." The key seems to be adaptability and a good all-round knowledge to work in any situation that's thrown at you. Of course Ross also points out that you have to be prepared to work extremely hard as well, endurance sports can be gruellingly long days! 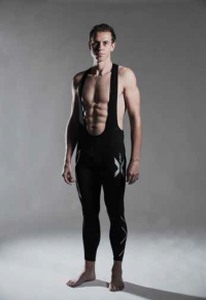 Recruiting team members for Dirty Green Trainers is a process that sees Ross carefully handpicking everybody who works for him. "If I see someone who I think might be a good fit then I get in touch and ask them if they're interested. However, I also get a lot of emails from people who would like to shoot for me. I make sure that I go through and look at all the portfolios that I am sent and I respond to everyone who writes to me.' What I really wanted to know though was what qualities Ross looks for in the photographers that he recruits. "It's always good for a photographer to have a style that will fit with our look, but one of the most important aspects is that anyone who works with me has to be able to have a good time! I also really want my photographers to encourage the athletes and be vocal - I expect them to have lost their voice by the end of an event, but I'll buy a beer for them to get it back!"

So what advice would Ross give to someone who is considering a career in sports photography? "The most important thing is to understand the kit you're working with. What lots of people do is go out and buy cameras and then try to shoot sports, but they haven't taken the time to really learn how to use their equipment." Finding work can be tricky too, but Ross suggests you start at local events before working your way up the ladder. "Start looking at magazines, get some inspiration and then go out to your local sports events and just shoot. If people like your work then offer to sell it to them." It sounds simple but it takes relentless dedication to shooting what you love in order to get a break in sports photography. The other key is networking according to Ross, "Being social is very important to being a sports photographer. But you need to be getting your stuff out there and talking to people so that you can make new connections."